This is where those history classes and cognizance of law and world dynamics on the most basic of levels would have paid off. Don’t get me wrong. Americans have a past rich in ignorance of their own country, let alone other countries, and how it has subverted and coerced foreign regimes to promulgate our own agendas. But, despite the often horrible and definitely criminal aspects of those efforts, whether it’s turning a blind eye to the mass genocides in Indonesia and Rwanda, or outright deposition of legally elected governments in Panama or Iran to institute our own puppets with Noriega and the Shah, to complete and utter falsification on a mass scale in Vietnam starting with the Gulf of Tonkin episode on, America at LEAST had some sort of rationale behind it to protect American interests. Misguided? Yep. Horribly miscalculated? Uh-huh. Downright evil? Maybe. But it sorta, kinda made sense on some level at some point with at least some semblance of goal towards protection of America and her ideals and her people. Debatable, I know. But what isn’t debatable is Trump’s continued malfeasance and misuse of his position, including this shit right here with that ignorant fuckstick.

Trump has shown nothing but contempt for truth, for the office of the Presidency and for America herself. He is more than an idiot. He is a simpleton; a child in man form that is fully incapable of thought beyond himself and of the immediacy of the moment. No object permanence, no forethought to consequence, no empathy for fallout to anything and everyone not him. It. Just. Isn’t. There. He is solipsism personified, an abstract in concrete form. And because too much of America is too much like him, we are all but completely undone.

The implications from this latest “decision” made by Trump could, and very likely will, result again in real world traumas. I qualify “decision” because actually deciding something implies a weighing of consequence and a serious debate of pros and cons. Trump doesn’t do anything resembling that. He only knows immediate gratification. He is the fabled greedy monkey with his hand in the jar grabbing for the most he can at one time and unable to pull his hand back out, stymied by his own greed and hubris, buoyed by the supposed adoration from his flock of glassy-eyed Trumpkins, themselves content to rely on fairy tales and schadenfreude to shield them from reality.  And rather than reformulate a thought and approach to a better way to get at them there nuts in a jar, he’s most likely gonna fling that damn jar around and beat it on the ground until it breaks or he has to take a nap.  If you haven’t figured it out yet, America is the jar.

At its simplest definition, a traitor is defined as someone who betrays, rather it be a cause, an idea, a person or a country. Betray, or deception of trust. It is the mortar that binds Trump. He has betrayed his businesses, his family, his marriages, his countrymen… all for the immediacy of personal fortune and glory. This has strengthened his pomposity of delusion to the point that even clear and evident failures are touted as strengths of will and purpose. Even Nixon had an agenda. Even Hitler had an ideal. Trump only is. In a way, he is Zen in human form, or rather the mirrored opposite of that: A cautionary tale of total abdication of worry and distraction, without a focus on an ideal or goal of betterment.

What is most painful about not just Trump’s nullification and abandonment of the U.S.’s deal with Iran is the damage done to the the vastly pro-American sentiment among the youth of that country. The Arab spring may have fizzled, but the desires are still there. One could argue that China’s openness today could very well have been coddled successfully by the Tiananmen square uprising almost 30 years ago. Those youths will soon gain broader control of their country. Iran hasn’t completely shaken its embrace of Western culture throughout the 60’s and 70’s, even if said culture was admittedly forced upon them. Nothing but harm can come of this latest arrogance, not just to Iran and thereby to the U.S. but, again, with its allies. Like the Paris accords, the only existing real-world solution to address climate change on a necessary mass scale, this will pollute our necessary relations with the rest of the world.

And there lies the crux of the problem. Trump’s supporters and apologists feel that America doesn’t need the world, doesn’t need viable trade and relationships on a global scale. This ideal serves both their xenophobic agenda as well as their fully misguided “pride” of patriotism, read nationalism. Such a belief is not just outdated, it is just plain stupid. There is no economy that can flourish within it’s borders. None. The world is closer now than ever on a socioeconomic scale and it will not slow down, even if it does burn itself out.  The balance of the results weighs in the approach to equilibrium or total consumption. But when someone’s real world ideals are directly affected by self-serving manipulations of out-dated fairy tales and fear of invisible monsters, what argument can one proffer that will effectively pull their heads out of their sanctimonious asses so they can stop shooting themselves in the foot?  Did I over-metaphor you there?

The worst part of all with this current act of vainglorious stupidness? We aren’t even close to the end having to deal with this china-shop bull doofus. Impeachment won’t solve the problem. Hell, the next election may not solve it. America has fully unmasked itself for the dim-witted hate-monger that it is and trying to stuff that particular genie back in the bottle will take more than a mea culpa and a half-hearted re-do. This country, via this leadership and the Conservative party, is a Hydra of hate and ignorance.  Cutting off this head will at best result in a pyrrhic victory. One that I would be happy to settle for over nothing for now, grant you.  But as far as the bigger picture…? I dunno.

Impeaching Trump, trying him for the treasonous traitor that he is and dealing the harshest of punishments is truly what he deserves, but it is cold comfort. So many of my brothers and sisters, my friends and countrymen, have aligned themselves with this sad, pathetic malignancy of greed and ego. I’m reminded of the end of one of Ewan McGregor’s earliest movies, “Shallow Grave” (do yourself a favor and see this movie) as he delivers the final moral, “Oh, yes.  I believe in friends.  I believe we need them.  But if one day you find that you just can’t trust them anymore, well…what then?  What then?”  Yeah.  It’s kinda like that. 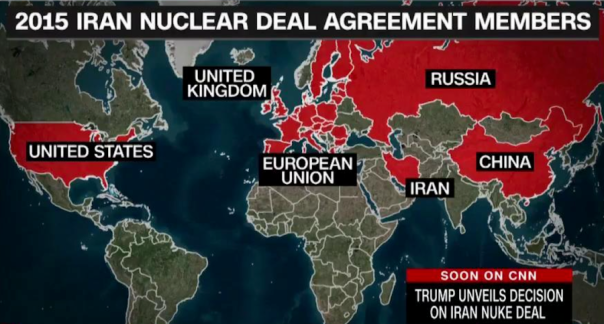