“Lawmakers voted down a motion to consider the ban during a session that opened with a prayer for the 17 people killed by a former student last Wednesday at Marjory Stoneman Douglas High School in Parkland. The vote in the Republican-dominated body was 36-71.” — CNN

Family values.  Add that to the growing lexicon of American oxymorons, brought to you courtesy of the Conservative morons that have made this euphemism a huge plank in their platform.  As much as they like to pry that one from their decks and smack the rest of us subversive libtards about the head, I am moved to paraphrase that literary icon, Inigo Montoya:  “You keep using those words.  I don’t think it means what you think it means.”

I realize that Americans harbor this time-honored tradition of “Do as I say, not as I do.” But there once was an unspoken understanding that this had to do mostly with drugs and sex and sniffing your cousin’s panties and not so much state sanctioned mass murder.  And make no mistake, that is exactly what Florida embraced today, proudly and unequivocally, in a 2 to 1 vote.

That’s a pretty clear mandate, folks.  The party of the family and the Bible and the Jesus once again sanctioned the right to murder.  And, just to be clear about it, did so right to the faces of the children forced to face the horrors of said murder up close and personal.  Yesssss.  Just like God had planned.  Well done, my good and faithful servants.  Well done. The gun barrel hasn’t even cooled on the AR-15 yet and the Florida House of Representatives literally just doubled down on which the Republican party actually values more.  Spoiler alert:  it ain’t the family.

This topic of gun control has gone on for far to long and for no more justifiable reason than an imaginary right afforded to We The People via the 2nd Amendment.  No less than Chief Justice Warren Burger referred to the 2nd Amendment as the “one of the greatest pieces of fraud, I repeat the word FRAUD , on the American people…”.  But even at face value and the current accepted standard valuing that amendment in particular, apparently above all others, as sacrosanct word of God, it doesn’t nullify the observation of reason and historical context:  IT IS A BAD AMENDMENT!

Yes.  A Southern boy with maybe 40 guns in his collection (I collect things, it’s a disease) sitting a relative stone’s throw from Stone Mountain is telling you that the 2nd Amendment needs amending.  Maybe even abolishment altogether.  We’ve abolished shitty amendments before.  It’s not at all impossible and hardly without precedent.  Kinda the whole reason the Founding Fathers allowed for amending in the first place: shit changes.  I stand by that sentiment at the risk of being called a hypocrite, because I am not.  PLEASE debate me on this.

Guns are not a right.  No sir.  They may be handy in certain situations.  They may be necessary on some level.  And, by God, they are fun as shit and just plain super cool aesthetically, from physical beauty to an incredible mechanical engineering achievement.  But they are no more a right than a convertible or a pair of sweet Magnanni lace-up’s (size 12, please).   You can have a gun, a convertible, a pair of custom made Spanish import loafers.  You just don’t get to have them.  And I don’t mean from a cost level.  But you knew that.  I can’t get a convertible without training, mandated licensure, repercussions for misuse and regular reevaluation.  I can’t get those loafers without factoring in tariffs and import fees.  But I can sure gets me one them purty shoot-shoot sticks just about any damn time I want with no oversight, no training, no regulation and virtually no repercussion for misuse.

You want to argue you need a gun to protect your family?  Sure, that’s a valid argument.  Statistically, it’s a stupid one but it’s still valid.  And, full disclosure, I have a bunch of guns AND I’ve had a break-in while I was home.  The gun had nothing to do with stopping him/her/them.  The door alarm did.  Still, that is what you call anecdotal evidence and taken alone means jack shit.   But bastardized versions of anecdotal evidence is the GOP’s and the NRA’s (but I repeat myself) bread and water.  By the by, I’d love to hear any valid argument that calls for anything beyond a shotgun for sufficient home defense.  Seriously.  I’d love to hear one, because I haven’t yet.  And I’ve been listening real hard.

No less than Harvard did several studies (see the previous links).  And, true to common sense, the more guns available, the more gun deaths there are.  The more youths around, the more gun deaths.  Gun “defense” is actually most often self perpetuating, a self-starting argument with guns handily available to escalate said arguments.  Guns as such are used far, far more for intimidation than for actual home defense.

This study goes on and on and fully reveals the statistics that appear obvious to anyone with an open, unbiased mind.  Guns are NOT a significant factor in self-defense and are far, far, FAR more likely to instigate harm by their very ease of attainment or contribute to innocent deaths than to thwart them mean old thugs.   But again, full disclosure:  I do have a conceal carry license.  PLEASE debate me on your perceived hypocrisy of this.

“Just curious…Why a Harvard study and not the CDC, Steve?”  Well, kids, I’ll tell ya.  The CDC, by law, cannot perform any study or publish any data related to guns, gun injury and gun deaths.  “No fuckin’ way, dude!”  Well, yes, way.  Congress actually passed a law banning the CDC from this study because, as the master wordsmith John Boehner put it at the time, “a gun is not a disease.”  Touché, my Burnt Sienna friend.  Touché.

The data supporting aggressive gun control is overwhelming.  America is the only one with this backwoods amendment “protecting” gun rights and mass murder on the scale that only guns can achieve.  Specifically, high power, high magazine, long distance, rapid fire military-style rifles.  Conversely, America is the only country with mass murders of this magnitude.  And not just mass murders, but escalating large scale murders, both in numbers and in frequency.  But data and science means fully jackshit to a party that has willingly allowed its principles to be hijacked by people that worship wizards, regard stories about magic boats and fruit as historical fact and actively pursue a self-fulling prophesy of universal annihilation.

Conservatives, particularly the base, has become a confusing lot. They are constantly voting for their own demise and against their own interests, just because their leaders flash twinkly trinkets manufactured from religion, hate and fear. For so little, they can betray their own faith and self-proclaimed beliefs, textbook cutting off one’s nose to spite one’s face.  They have become a cultish embodiment of a faith now borne from monstrous distortion and metaphorical self immolation, not unlike suicide bombers from their arch-nemesis.  Richard Pryor famously did a still hilarious routine about prison gangs, commenting on black double muslims in particular, “Them’s the one you don’t fuck with, them double Muslims. Cuz them motherfuckers can’t wait to get to Allah … and want to take 8 or 9 motherfuckers with ’em.”  Now, just switch that from Allah to Jesus and THAT’S some real family values, Conservative style.  With balls.

I’m not surprised by today’s vote by the Florida reps.  I fully expected this outcome and will expect the same on a federal level, with or without a vacuous shit-trickle such is Trump at the helm.  Then again, I’m a well-seasoned cynic cum optimist.  These kids brave and bold enough to face down their “protectors” right after having had to face down their demons personified haven’t had a chance yet to get to that level of cynicism.  I hope they don’t.  Still, I fear that even if the Dems reattain control of the White House, there will be the Senate and the House to contend with.  And even if they gain all three, the GOP will dig in Obama-style.  They will not be swayed, not with evidence anyway.  They will cry and pout and scream and wail and stomp and throw their bloody tantrums, running for cover under Mama NRA’s skirt and Daddy Koch Boys’ money umbrella, peeking out every election cycle to glad-hand the dirty people with fairy book stories about Jesus and Reagan and scary monster tales about snowflakes and Clintons.  And, again, the children, along with the rest of us, will have to suffer. 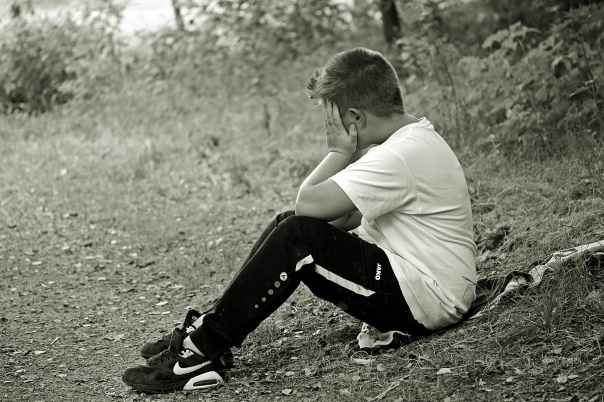